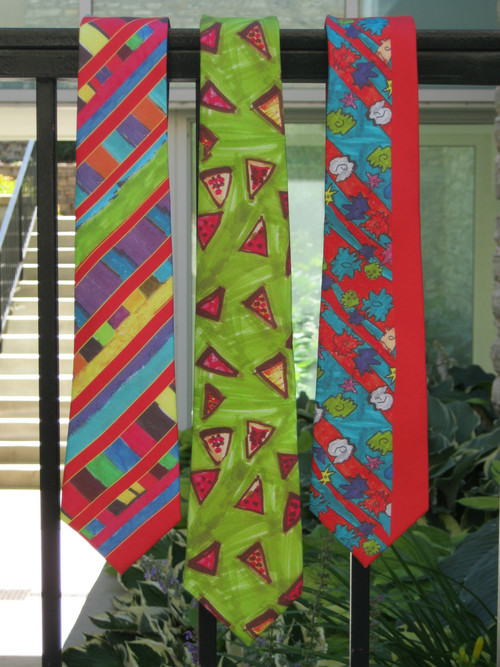 The idea behind Building Community Ties was
originally conceived in early 2013 after the November 2012 levy failed and arts
education was going to be cut for students in Faribault. We believe that arts
education is important for everyone and wanted to find a way to help support
that belief. The idea was simple: students from Shattuck-St. Mary's School went
to Roosevelt Elementary to collect artwork from students that would be used in
the design of neckties. Those ties would then be sold and the proceeds would be
donated to the Faribault Foundation for redistribution towards arts related
instruction for school-aged students. The levy has since passed, and arts have
returned as part of the education of Faribault youth; however, we still wanted
to move forward with our venture. Now, almost three years later, we are
launching sales of our first three ties,

This product hasn't received any reviews yet. Be the first to review this product!